In response to the problems found during the 2018 special action for environmental protection of black and smelly water in cities (hereinafter referred to as the special action), the Ministry of ecological environment recently issued supervision to the people's governments of 19 cities including Wuhu, Wuxi, Yangzhou, Anqing, Hefei, Sanya, Haikou, Dongguan, Guangzhou, Shenzhen, Guilin, Shiyan, Suizhou, Wuhan, Chenzhou, Yueyang, Changsha, Nanning, Shanghai, etc The letter requires rectification within a time limit and disclosure to the public, and implements the management of "tension strip and register accounts, and cancel accounts one by one".

Not long ago, the Ministry of ecological environment launched a special action jointly with the Ministry of housing and urban rural development, and dispatched three groups of inspection teams from May to June to carry out on-site inspection in 36 key cities and some prefecture level cities.

The first batch of inspection results showed that by the end of December 2017, 20 prefecture level cities in 8 provinces including Guangdong, Guangxi, Hainan, Shanghai, Jiangsu, Anhui, Hunan and Hubei had 525 black and odorous water bodies, all of which had been listed in the national list, and 458 local reports had been completed. According to the on-site inspection of the inspection team, 34 of them did not eliminate the black odor, accounting for 7.4%. In 9 cities, there are water bodies that have been reported to have been renovated but still haven't been eliminated. They are 11 in Nanning, 9 in Shiyan, 5 in Dongguan, 3 in Shenzhen, 2 in Wuhan, 1 in Guangzhou, 1 in Wuhu, 1 in Yueyang and 1 in Suizhou.

What are you checking on?

The action plan for prevention and control of water pollution (hereinafter referred to as the "water Article 10") requires that the built-up areas of municipalities directly under the central government, provincial capitals and cities specifically designated in the plan shall basically eliminate black and odorous water bodies by the end of 2017. By 2020, the black and odorous water bodies in urban built-up areas above prefecture level will be controlled within 10%.

This special action is known as the first round of big test of urban black and odorous water treatment.

In an interview with reporters, the relevant director of the Ministry of ecological environment said that in terms of scope, the special action focused on 36 key cities and the Yangtze River economic belt, and led other regions in the country to implement the task of black and smelly water remediation; in terms of time, focusing on the task of "ten water items" to be completed in 2017, he urged all regions to fight the three-year hard battle of pollution prevention and control to ensure the completion of the 2020 project Mark. Adhere to the combination of standard and root treatment, not only in accordance with the time limit specified in the "ten water rules", but also urge all regions to fundamentally solve the environmental problems that lead to the black and smelly water.

Recently, the reporter followed the inspection team to Jiangsu, Guangxi and other cities for on-the-spot inspection and found that the inspection team adopted a combination of formal supervision and substantive supervision. Formal supervision includes judging whether the black odor is eliminated in the sense of water body, and whether the water quality monitoring data meet the requirements of basically eliminating the black odor. The substantial supervision includes checking the implementation of pollution control measures, waste disposal measures, dredging measures and ecological restoration measures.

Not only the members of the professional inspection team need to answer these questions, but also the residents living near the black and smelly water body need to participate in the same assessment.

"Hello, we are the black and smelly water treatment supervision team jointly dispatched by the Ministry of ecological environment and the Ministry of housing and urban rural development. Do you live near qilitangou for a long time? Can you cooperate with us to do a questionnaire survey? Please take out your mobile phone and scan QR code to answer Wu Xinzhi, deputy chief of the Environmental Supervision Brigade of Dongtou District, Wenzhou City, Zhejiang Province, and two members of the supervision team entered villages and communities near qilitangou, Luliang City, Shanxi Province, to carry out household investigation.

In the face of the same problem, the resident Mr. Xin chose "basic satisfaction". In his opinion, although qilitangou is a seasonal dry ditch, and the box culvert is laid during the renovation, most of the time, no water can be seen. "But as soon as it rains, the sediment on both sides of the mountain will flow into the ditch with the rain, which has potential safety hazards. I hope that there will be many trees on both sides of the mountain to prevent soil erosion."

Whether positive or negative, these opinions from the masses are recorded in the evaluation table as the key indicator for the inspection team to determine whether the black and odorous water body has completed the remediation task.

What did the inspector find?

There are many problems such as inadequate control of pollution sources, ineffective solution of sediment pollution and dumping of garbage along the river

After inspection, many problems in the treatment of black and odorous water bodies have been exposed one by one.

Source control and pollution interception are not in place. During the inspection, it was found that there were 190 problems in five categories, involving 92 water bodies. Mainly reflected in the existence of illegal sewage outlets, urban sewage pipe network is not matched, sewage treatment capacity is insufficient, sewage intercepted without treatment is discharged from other places, rainwater and sewage confluence, etc. In Nanjing, there are many rivers in the old city, and the sewage pipe network system 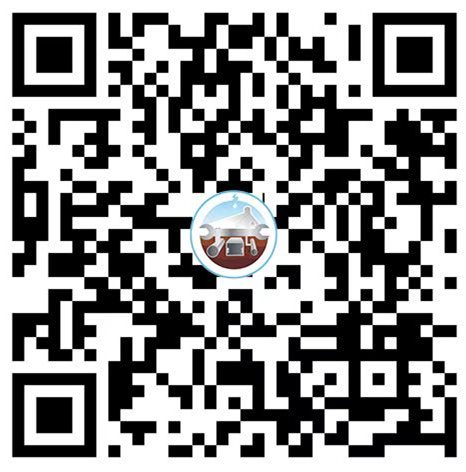